On 6th March 2015 we have done a night flight over the Pyrenees with full moon. This has been a very nice experience that has taken some time to prepare. In fact we were in the same place, Vall d’Aran one month earlier and we discarded the flight. The reason was too windy and even was possible to fly we thought the time over the Pyrenees had been too short to enjoy.

So one month later, this last Friday 6th March 2015 , we go back again. As we had all work till late, we decided to go direct after dinner at home, without much sleeping.

The Valley of Aran is not very wide, so powerlines, river and  villages do not leave much places for take off. Also we did not like to disturb too much the people sleeping as with the fan starting at 4:15 is not nice. So it took us more time than expected to find the right spot to take off, but it had it’s premium. A nice snowed field enough far to not disturb the night to villagers in Arties. Also was enough big in case of changing the wind direction some degrees. So we had time to prepare well the take off. We were all excited and after being all ready we started the flight at 4:41 a.m. . As the wind was not strong, we could manage to go a little down to the valley approaching Vielha looking around as we were climbing gently. The landscape was wonderful and the pictures do not show the clarity we had on our eyes with the full moon and the snow reflection. This has been a mistake to not repeat. Before we need to prepare the cameras and take some shots at distance, so we check the pictures are good enough. Anyway we were climbing steady at 4 m/s until we had clear any rotor could not take us on the mountains. At about 3500 m we level the flight and we look at the beautiful scenary having the Aneto and Biciberri not far at our right and other wonderful mountains and lakes around. We took off with the Adriatic M-105 balloon with double layer up to 40 %, so with  6×25 Kg titanium  cylinders, we knew we should not have any trouble for the consumption.

After passing the Pyrenees, we start to climb to high altitude up to 21000 feet to test the new MK-32 burner. One side of the burner with the pilot light on vapour and oxygen and the other side with the standard  liquid pilot light. All went perfectly, though we had to descent fast as we were approaching the TMA of Zaragoza , and still no radio contact with Barcelona tower. Before entering TMA we could contact and put a transponder code, so we were well controlled during the rest of the flight.

Sunrise was another beautiful scenary. As you are high, you see a very large horizon with light. Very few clouds started to appear in the Pyrenees , but we could do the flight out of clouds when we were over there, so the light of the moon over the snowed mountains was incredible.

Balloons have this interesting particularity: You never repeat a flight. This makes all flights very challenging and surprising, as you have to change your mind many times and improvise according the new situation. That is part of the balloon appeal.

We could see the smoke of some factories not too horizontal, so we were expecting a nice landing. Fortunately we could find a good place near a highway exit, so the retrieve was not too late to arrive when we landed at 8:39. With a 105 climbing at more than 6000 m , and remaining more than 1 bottle of 25 Kg, so with a consumption of 125 Kg including inflation, we think was a good performance for the balloon. Adriatic M-105 is the recycled envelope form the older Aconcagua N-180 after being found in the Adriatic sea 10 days after sea landing. But that is another story. 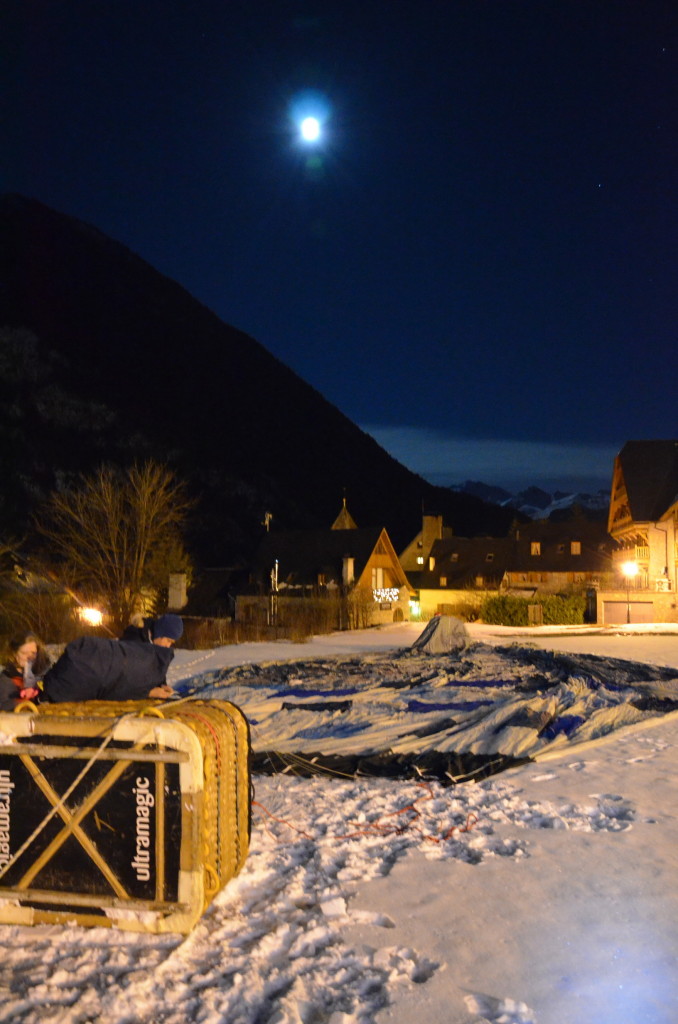 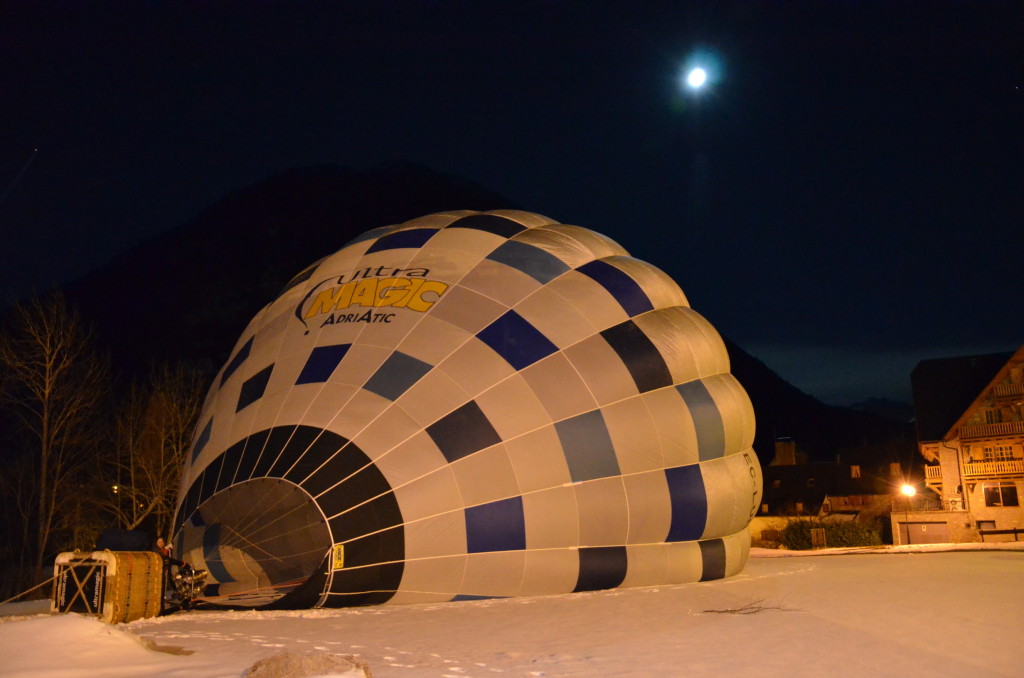 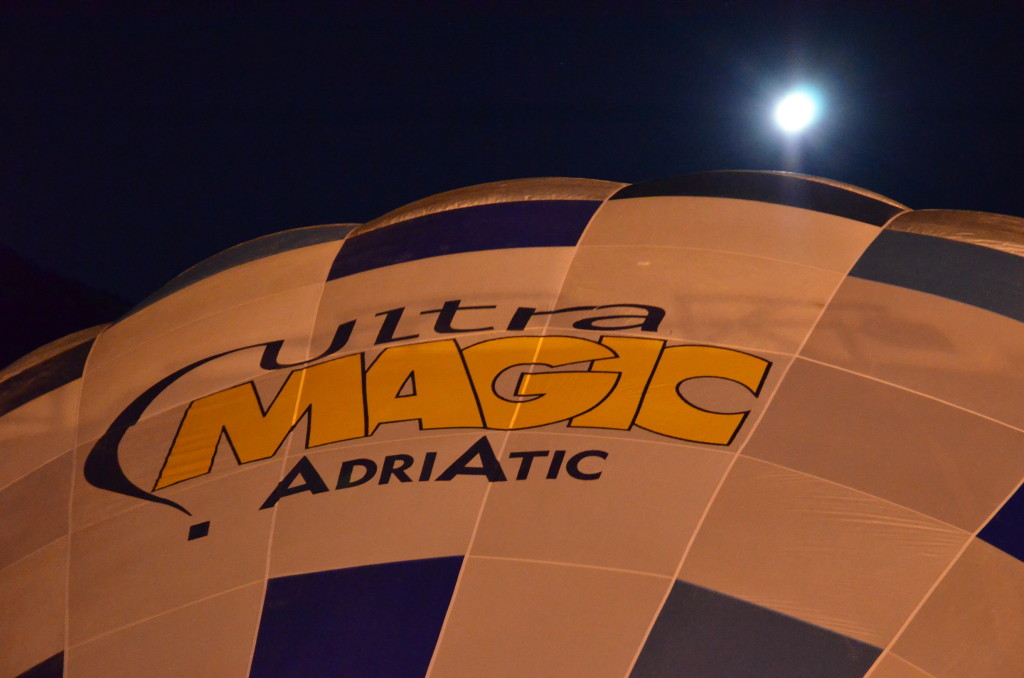 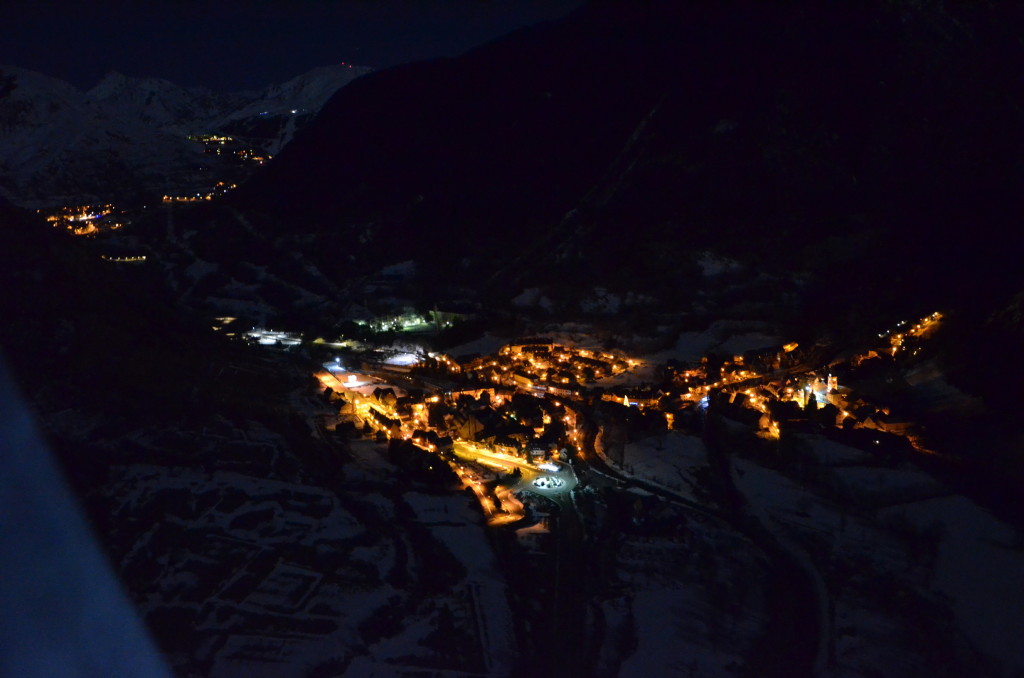 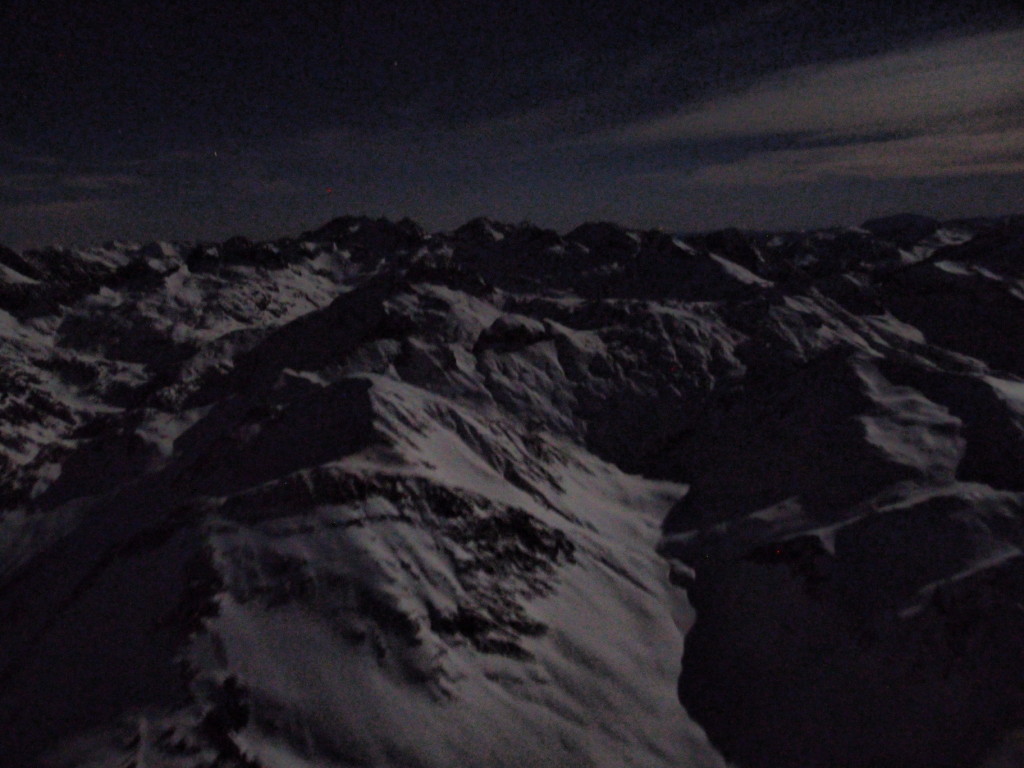 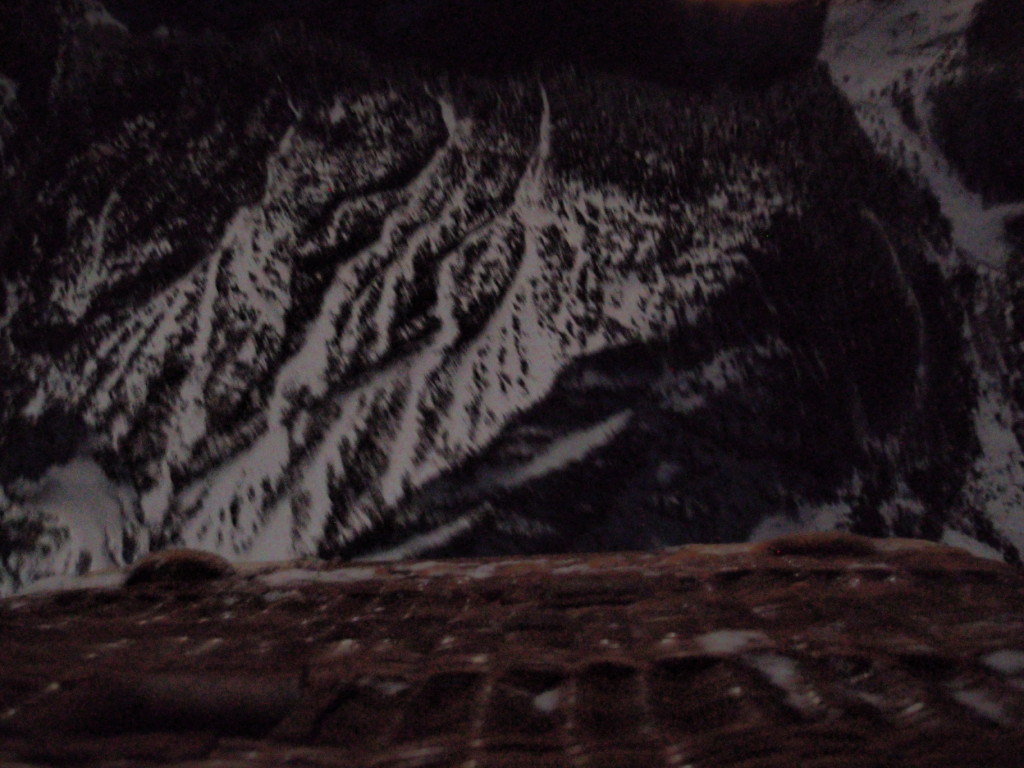 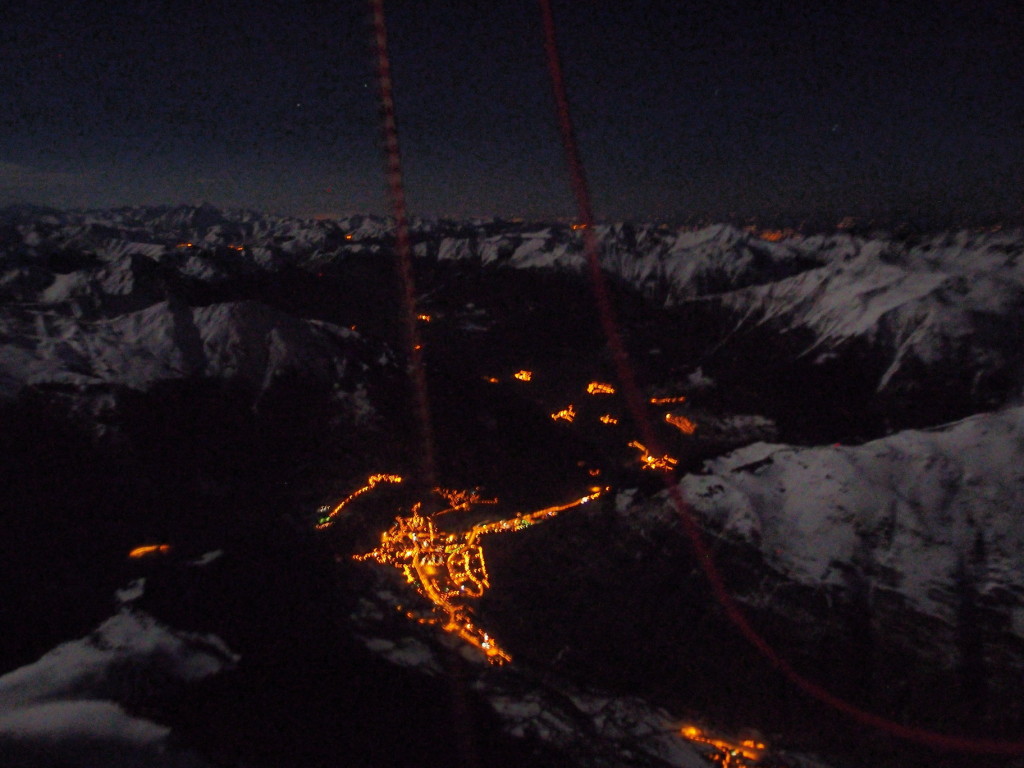 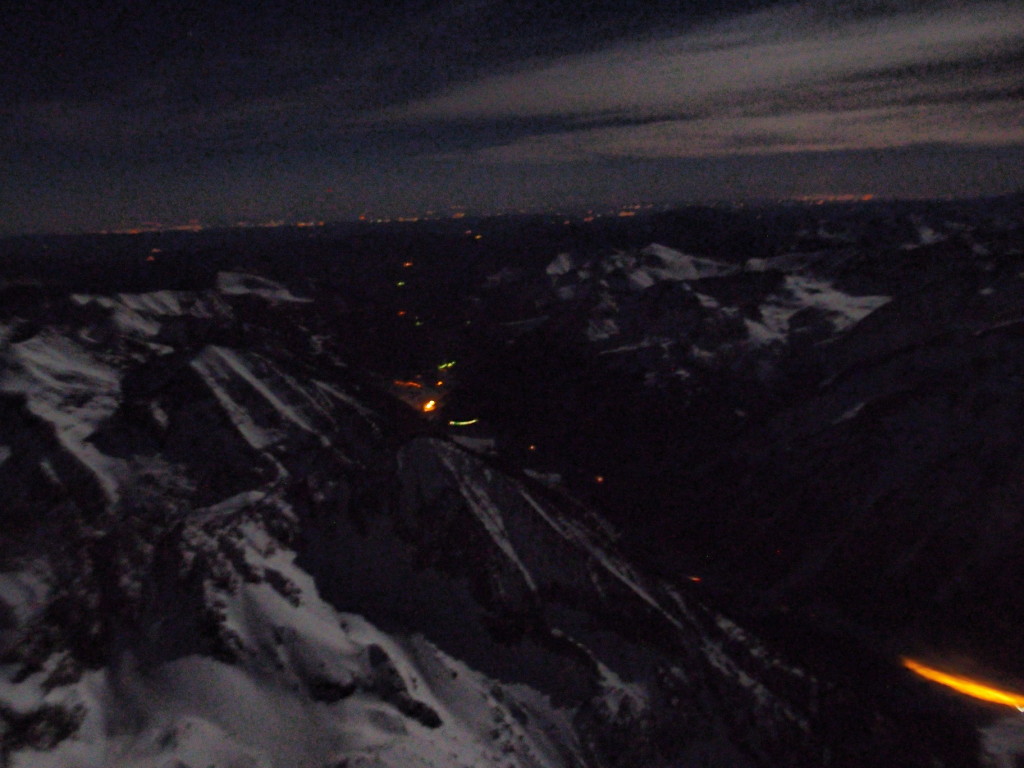 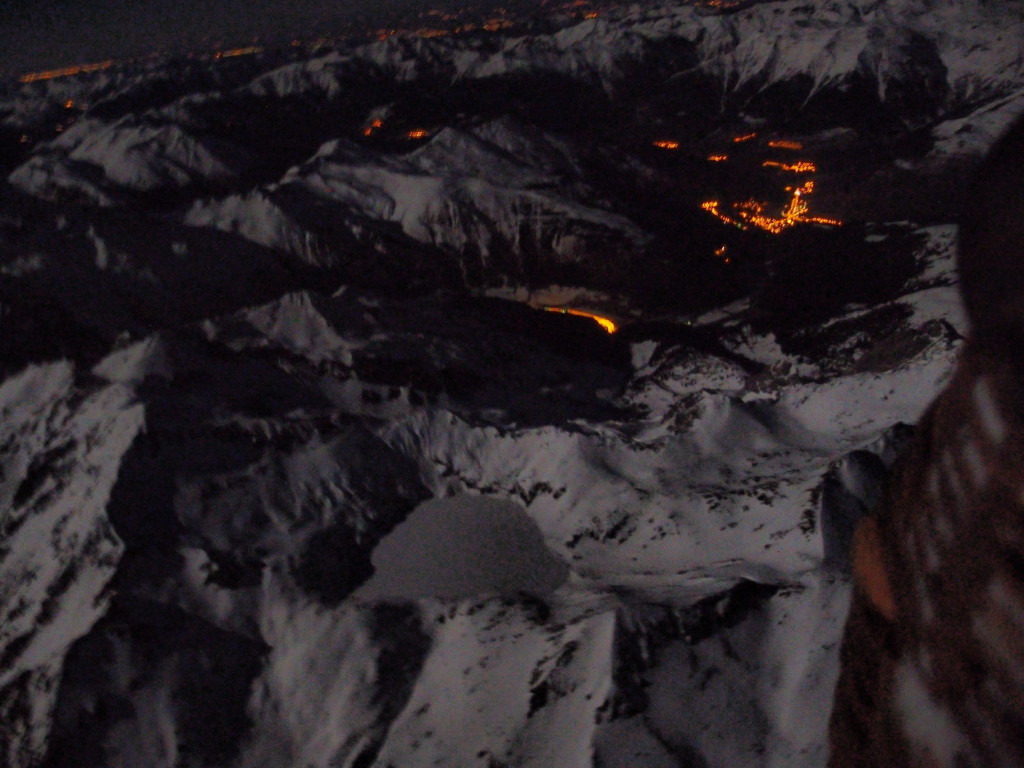 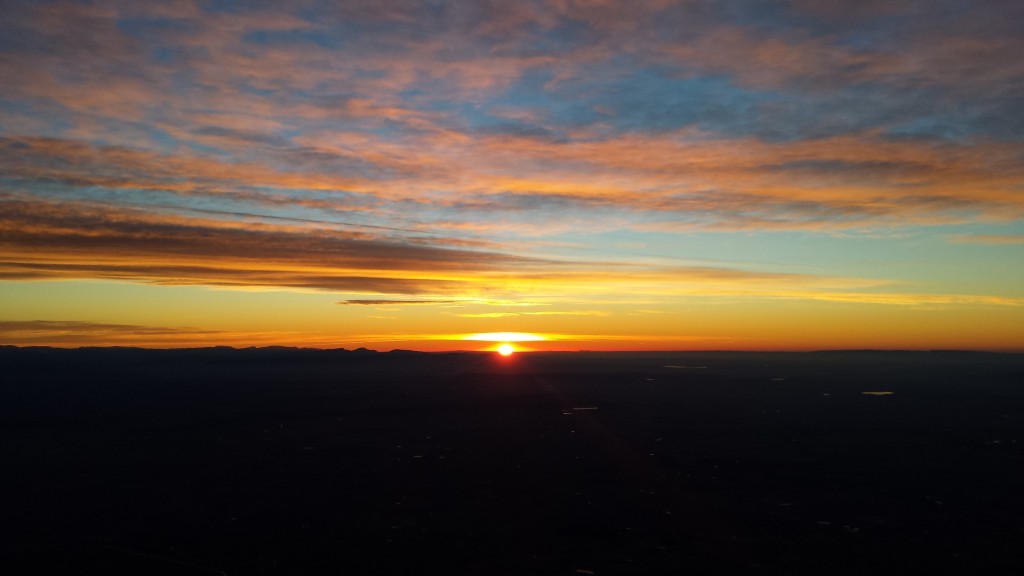 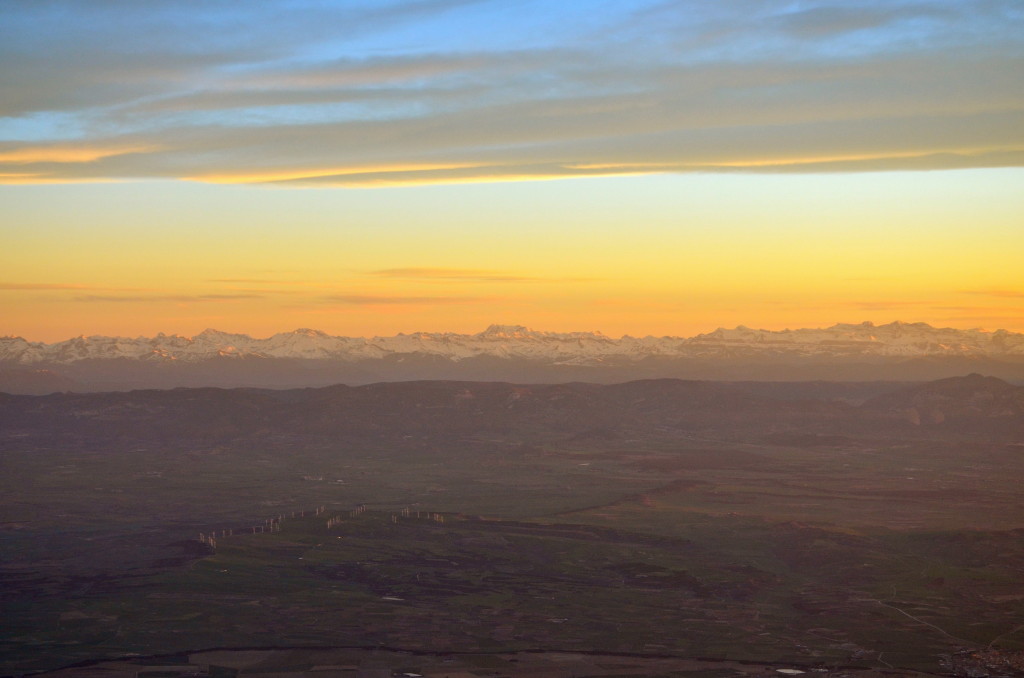 Week from 23rd to 27th February has been organized by Kon-Tiki a Tour by Balloon in Catalonia for some of its best scenaries .

The weather has not been very helpful, but Angel and Miquel have squeezed their knowledges to profit it at most. So it has been a memorable week with 12 participants from different parts of Europe that have enjoyed this fantastic flights through out the country.

Tuesday and wednesady have been relax days. Too windy to fly. As the group was in Ager, the teams  profited to do some walking excursions around.

Morning of 26th weather forecast is good and the direction interesting to follow some of the natural corners of the area. We missed enter the canyon, but most of the balloons they did. It is a very deep natural gorge with high walls both sides, so you need to be careful when entering. After passing Ager area, we decided to continue as we had enough gas (2×40 Kg+ 1×20 Kg)  with the double layer Aconcagua balloon to make a long flight. So we could arrive to Igualada in 4 hours and 10 minutes and could avoid returning by car. A very nice flight that I am sure all pilots enjoyed. 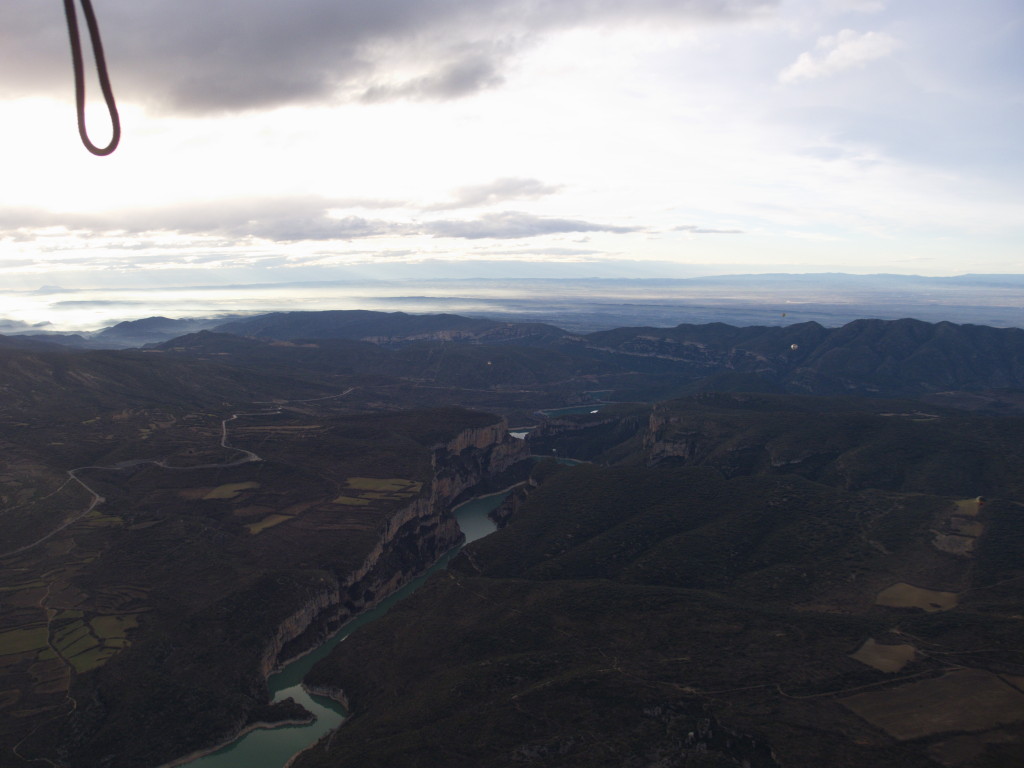 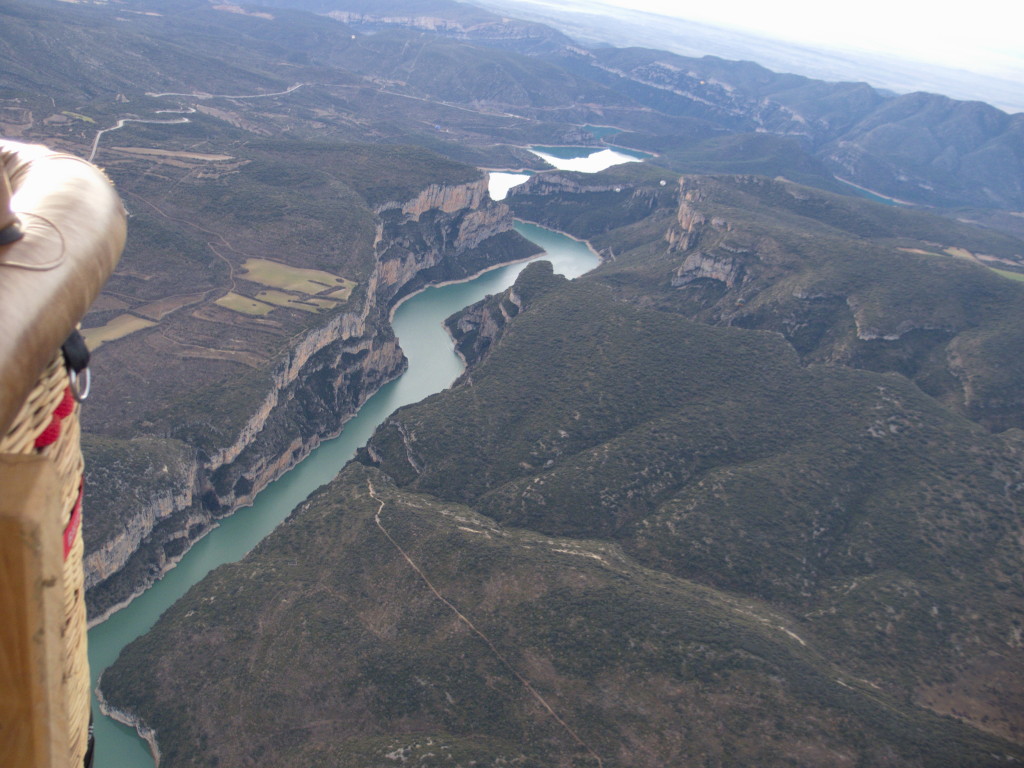 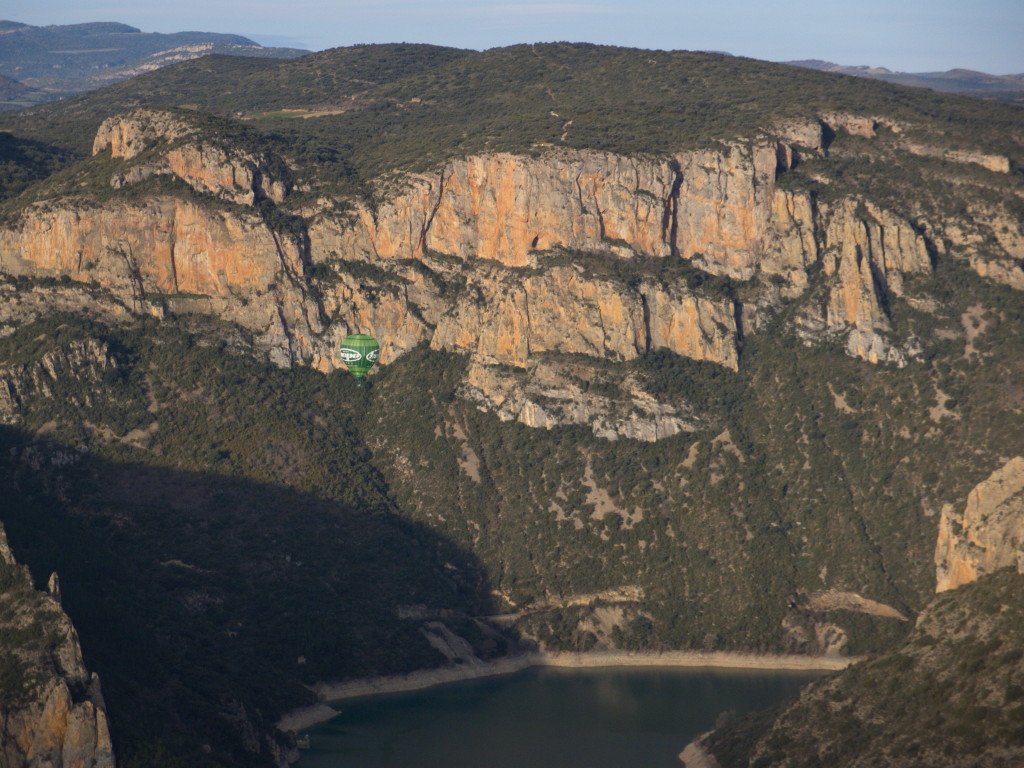 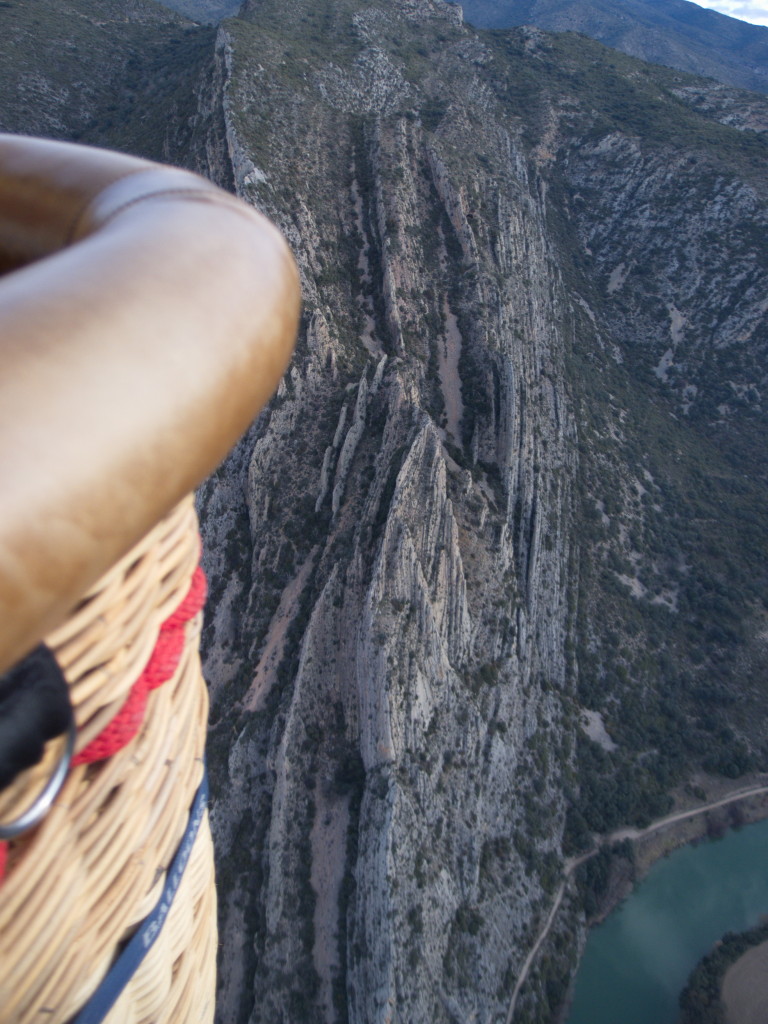 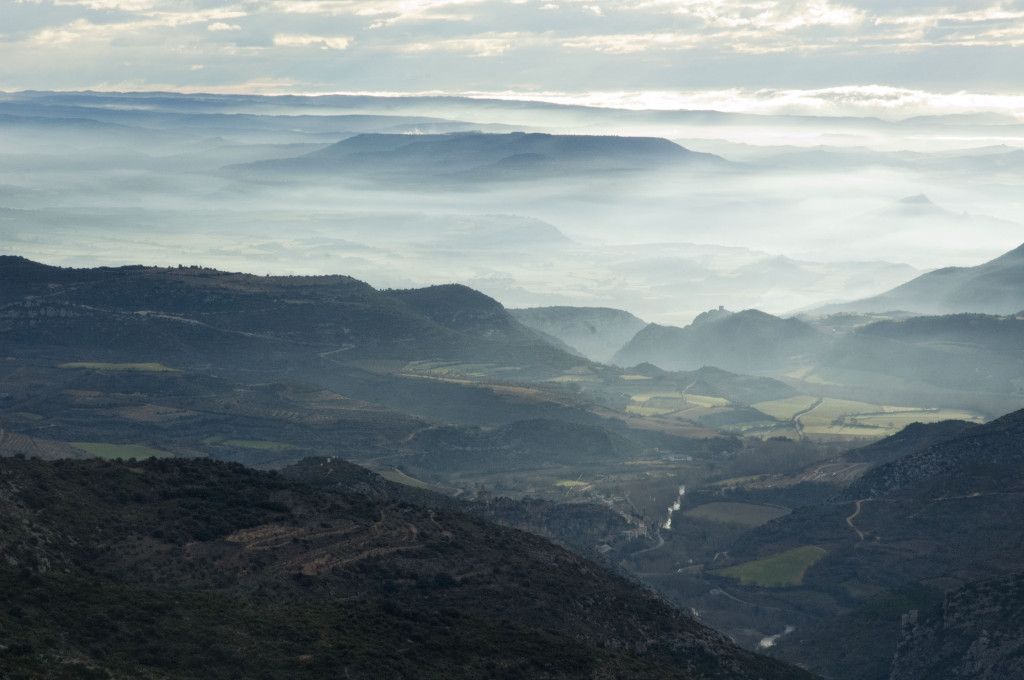 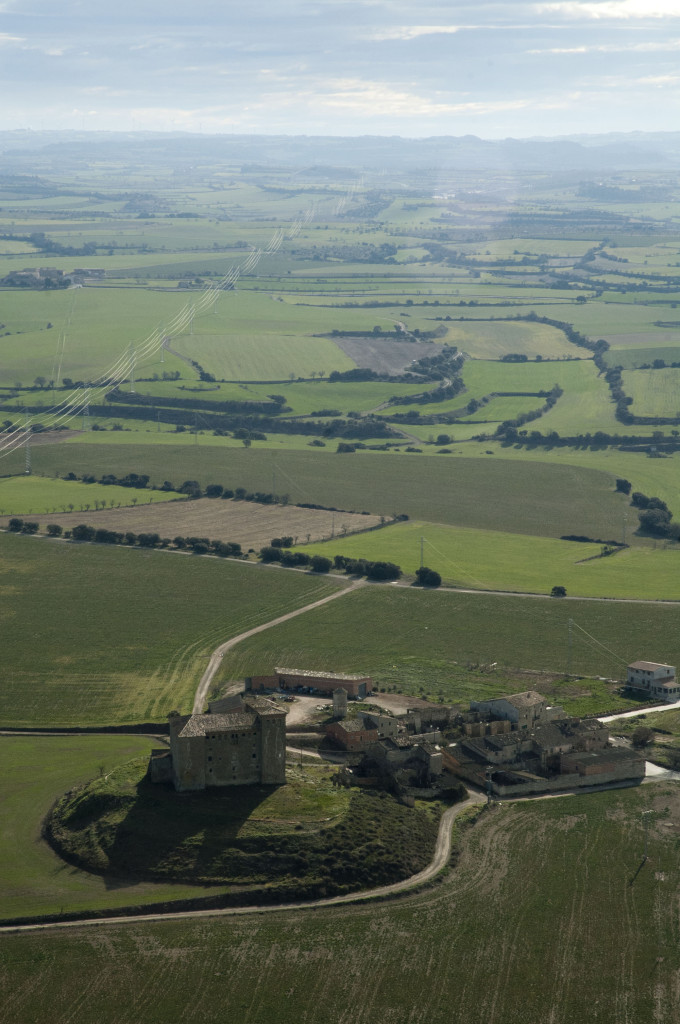 After an evening dinner all together on Sunday, we get up early in the morning to fly in Cerdanya because in this area the weather forecast seems good enough. We had a pleasant preparation and take off and with a nice speed and direction towards the coast at approximate 120 º direction, we fly over a part of the Pyrenees and nice landscapes  till near the coast. When you fly at 5000 m and ground is at sea level , it takes about 20 or 30 minutes, so at a speed of 80 Km/h if you start your descent 5 minutes late and you want to land near the coast, maybe you are in the water. To be on the safe side, we start our descent about 20 Km before the coast line, and when we see also that the smoke near the ground is going inland, we can be sure we will ot end on the sea. 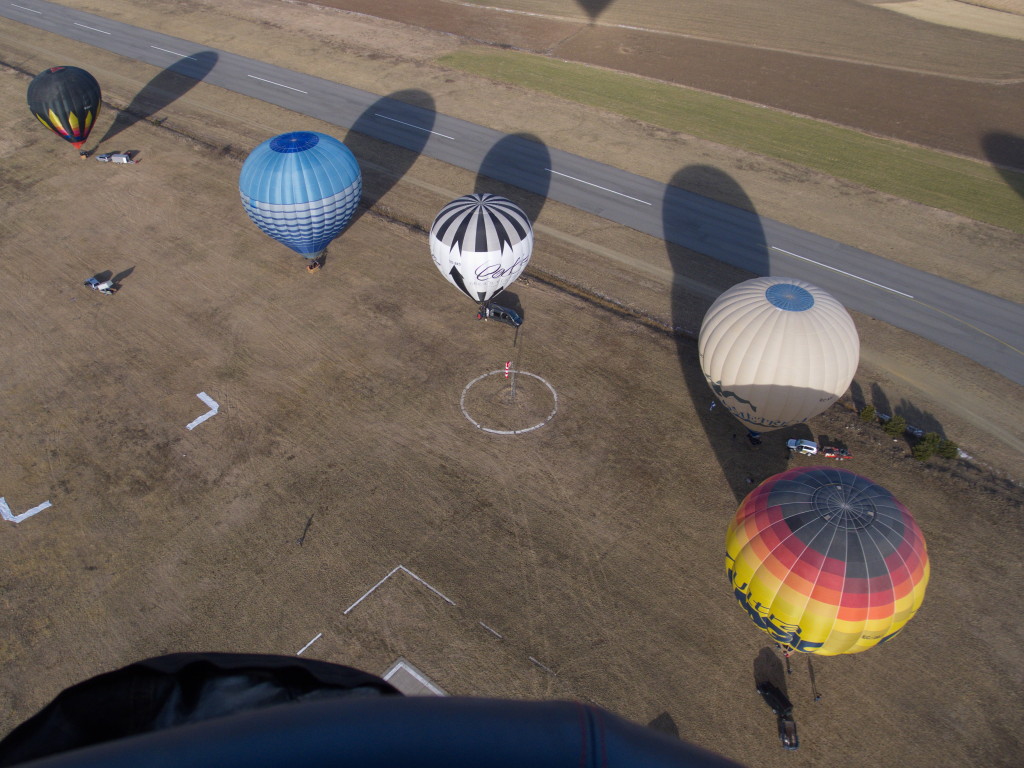 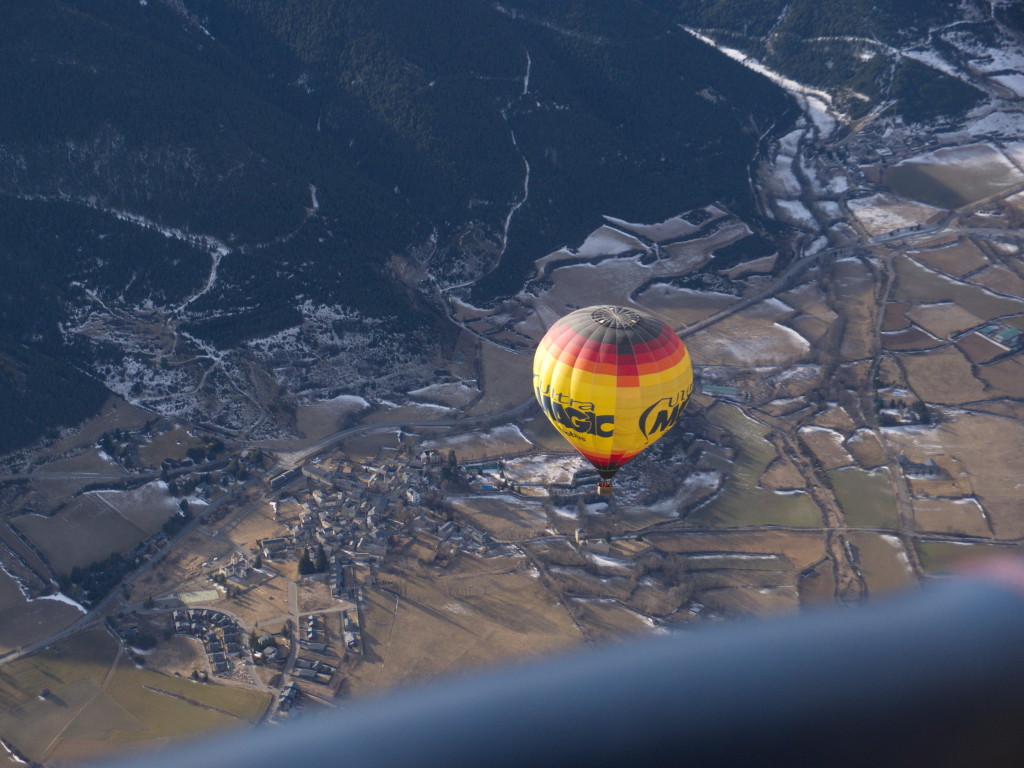 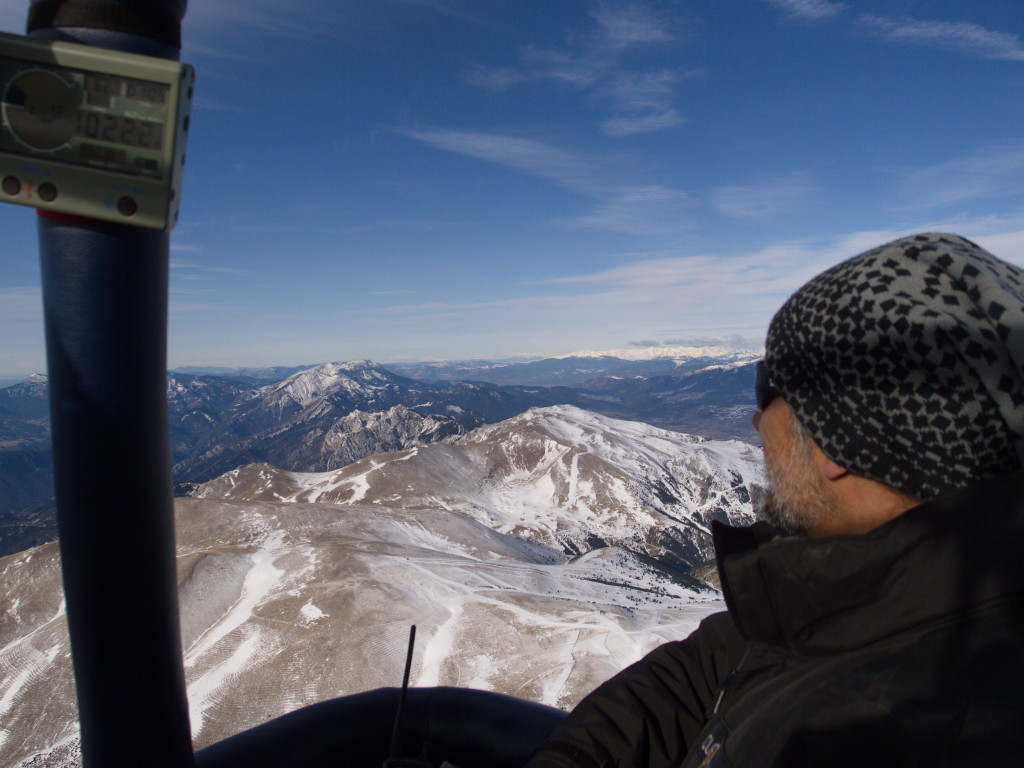 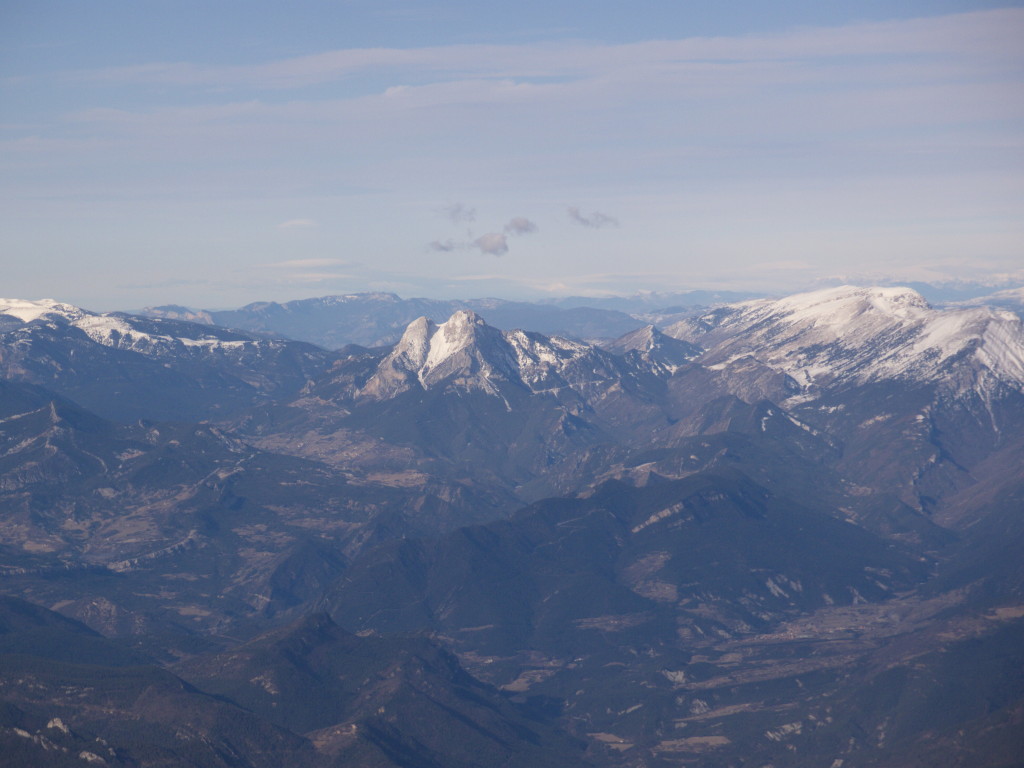 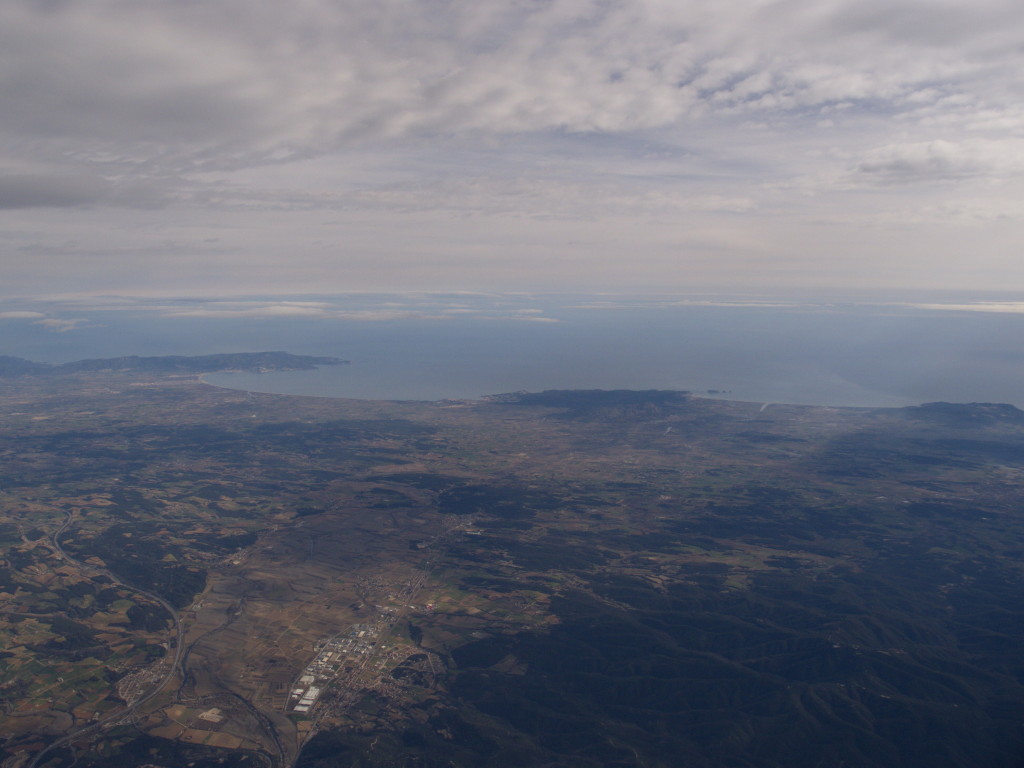